I have a B. Sc. from Uppsala University (Chemistry, Biology, Zoology, Toxicology, Ecology, Environmental Conservation). At the same University I then participated in a pre-doctoral course in Ecological Zoology (20 weeks). I also have one year of training in how to aid developing countries at the Swedish centre Sandöskolan. My Ph. D. education and thesis work (1976 - 1984) included 57 course weeks (Scientific writing, Tropical ecology, Winter ecology, Theoretical ecology, Ecotoxicology, Computing and programming, Environmental legislation, International environmental conservation, Statistics, Systems analysis and simulation modelling, Planning and management of research etc.). My Ph. D. thesis in Environmental Conservation/Agroecology at SLU (1984) was entitled "Soil mesofauna of arable land and its significance for decomposition of organic matter". I have some education in electronics and have spent considerable time learning computers (PC, VAX, SUN), operating systems and programming (VMS, DOS, UNIX, BASIC, FORTRAN, C, SAS). Admittedly, some knowledge is obsolete

My international experience is wide, both as participant in conferences and as project participant and project leader (USA, China, Africa, the Nordic Countries, Europe etc.). I was elected as a member of the University Committee for Soil Biology, representing all soil biologists at SLU (about 45 with doctoral level competence). I was also Chairperson for the University program for Ecology/Environment/Natural Resources in Developing Countries.

Between 1 July 1991 and 1994 I served as Acting Professor in Environmental Conservation/Agroecology. Together with the Director of Studies, I was responsible for the undergraduate courses in Environmental Conservation/Agroecology. I was Scientific Coordinator in the integrated project 'Ecology of Arable Land' as well as main responsible for the project's Synthesis volume.

I have been considered qualified for three Professor positions; Environmental Conservation (applied 1990, at SLU), Systems Ecology of Arable Land (applied 1993, The Danish Agricultural University) and Soil Biology (SLU/The Swedish Environmental Protection Bureau, applied 1993). I was listed as number one and got very positive statements from all reviewers in the Soil Biology Professorship, and consequently I was offered and accepted the position in 1994. Soil Biology at SLU was evaluated by an international group of experts in 1993, and received very high appreciation. In 1994 I moved to the Department of Soil Science, where I have led the Section of Plant Nutrition and Soil Biology during recent years. In September 2011 I left SLU to become a private consultant.

I have, as Principal Investigator or co-PI received over 20 million SEK in external grants, not counting the grants to the1980s � 25 million-project 'Ecology of Arable Land' where I was scientific coordinator.� 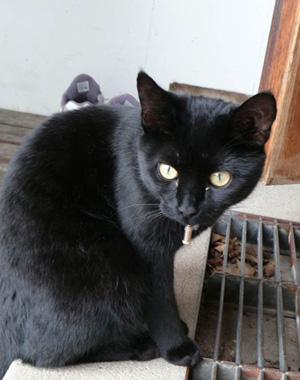